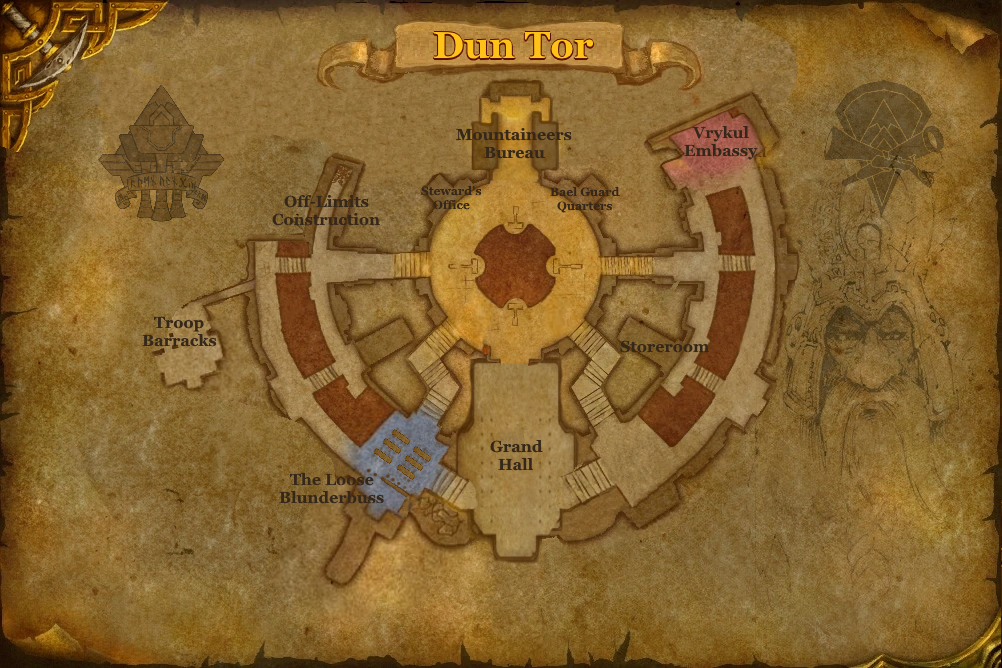 Grand Hall
The first area excavated and used as the Vanguard's forward operating base for much of the early Legion invasions. As other spaces were excavated, operations moved further into the mountain. Being behind the large front gate, it is a safe place to temporarily gather goods and people in an emergency.

The Loose Blunderbuss
The hold's watering hole. The pub doesn't operate with money but on a strict personal ration. It's possible to earn an extended ration as a bonus for good work and after successful missions.

Troop Barracks
The garrison is not large enough for seperate division quarters, so they share the barracks. It is segregated by gender.
The Dun Tor troops are mostly Mountaineers, so the others eventually become more informed about gun maintenance and goat-rearing than they ever cared to know.

Off-Limits Construction
Even after most Vanguard troops have left Dun Tor, expansion has not stopped. A small but dedicated team of mining engineers work in a closed-off area, making sure it is safe before opening new spaces for use.

Steward's Office
The office of the Steward of Dun Tor, currently held by Lt. Valkorunn Darklocke. Under his stewardship Dun Tor has become a center …